Hello. We're starting the day in Vail, Colorado. Some final sorting and packing to be done and then we'll make our way to Denver International Airport for our flight home this evening.

Hello. We headed into the Rocky Mountains National Park from Loveland. We drove to Estes Park, and then along the Trail Ridge Road - it was the first day of it being open of the season - even this morning we though it was closed but they tweeted it was open late morning.

Stunning scenery - and some thunder too!

We're staying in Vail tonight - like we did at the end of last year's chase! 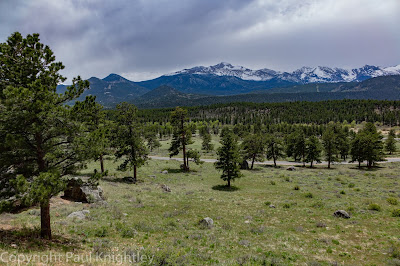 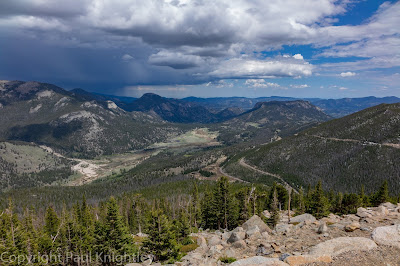 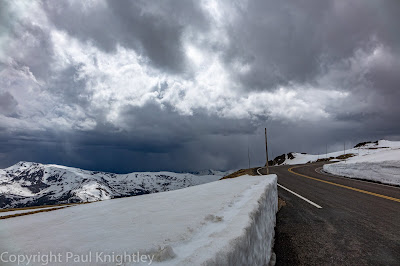 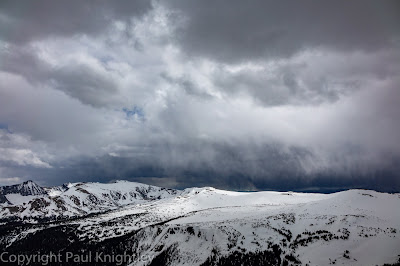 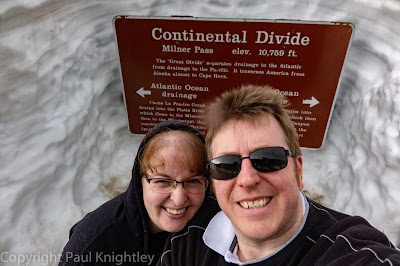 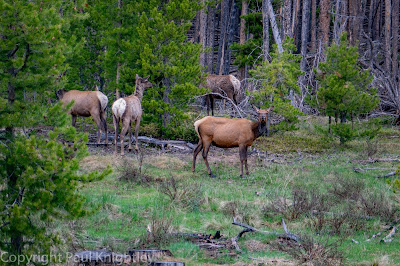 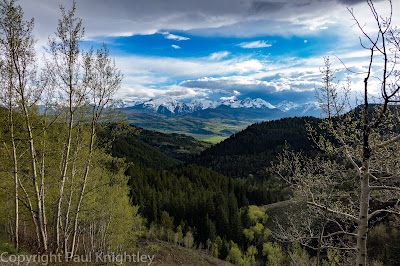 Posted by Paul Knightley at 07:10 No comments:

We don't plan to chase today - instead we will head into the Rockies and visit Rocky Mountain National Park...one of the high roads remains closed due to snow, which is a shame - but understandable, given it was snowing in Denver when we arrived!

It has a waterslide, which is cool - I had a number of goes on it! Also, a hot tub which is outside.

Pics below by Helen, including the waterslide and me creating rather a splash as I came out the end of it! 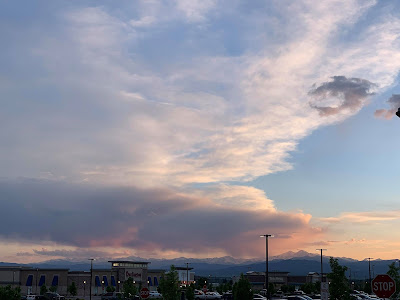 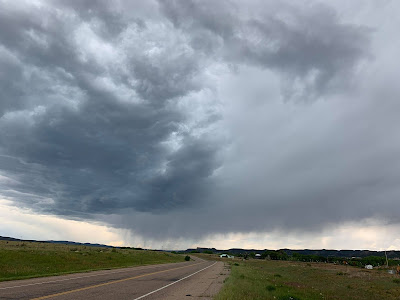 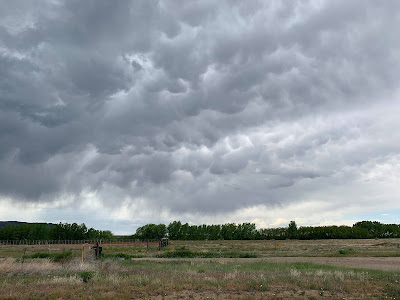 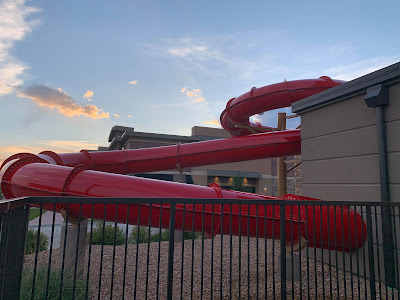 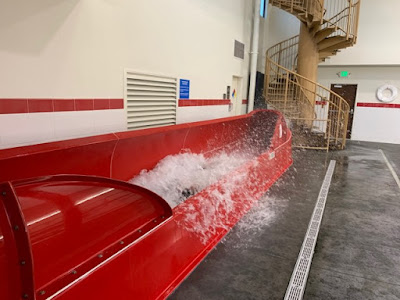 Posted by Paul Knightley at 06:10 No comments:

As we are heading home on Thurs this might be our last shot. Conditions are marginal for severe storms but small pockets of better parameters are likely, if not easily found. Models suggest backed flow developing this afternoon in SE Colorado and environs. I'm not hopeful of too much but we'll probably head that way to see what transpires. 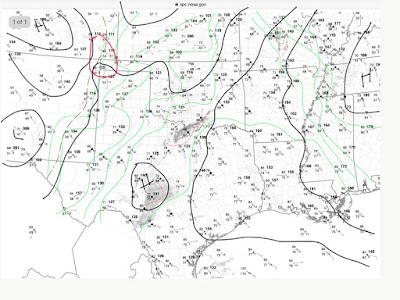 Posted by Paul Knightley at 16:44 No comments:

Hello. We decided to make the drove north from Hobbs into the Texas Panhandle - the initial idea was to see if we could pick something up towards the SE of Colorado, but by the time we were approaching Dalhart convection was well underway to the north - and also more to the west, towards Clayton, New Mexico. As this was closer we decided to target that. It became rather multicellular when we got there, but we noted a small supercell-type updraught area. This may have been some kind of left split - it moved north and was warned for hail.

We decided to head to Raton for the night - the road we took was rather rural, but went through the hail swath left by the storm - copious amounts of marble sized hail up to around golf ball to hen egg (1.75 to 2 inches) was lying around. It had left small pits in the mud and covered the road.

After documenting and reporting this we headed to Raton. 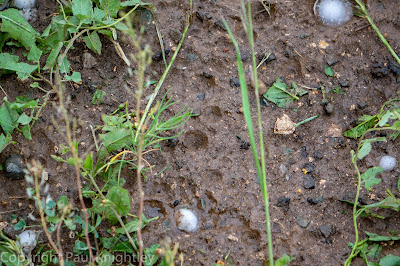 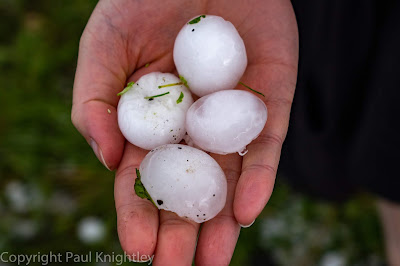 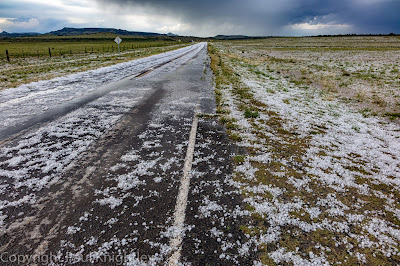 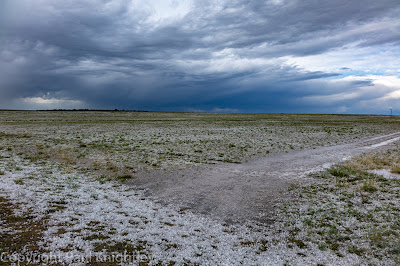 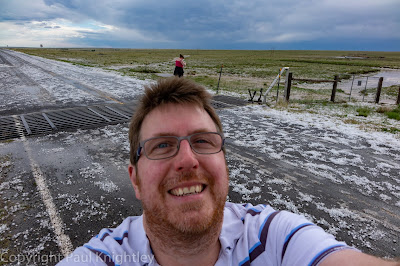 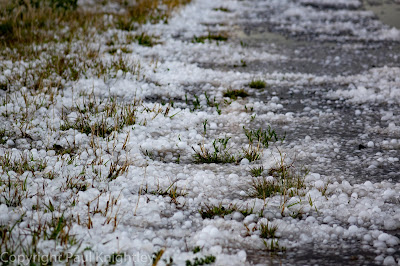 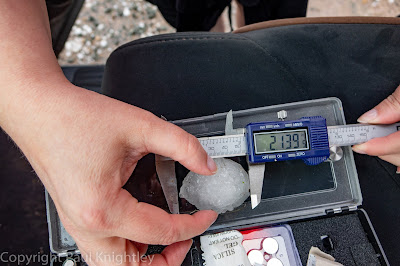 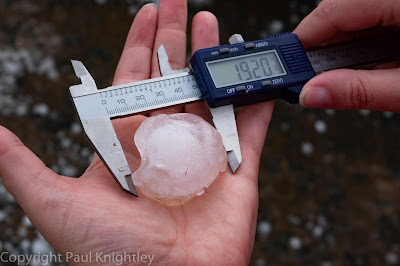 Posted by Paul Knightley at 07:04 No comments:

Hello. We're starting the day in Hobbs, New Mexico. Nothing much going on at the surface. Upper flow is modest. We will head towards Boise City to see what we can pick off, if anything forms over the Raton Mesa area. 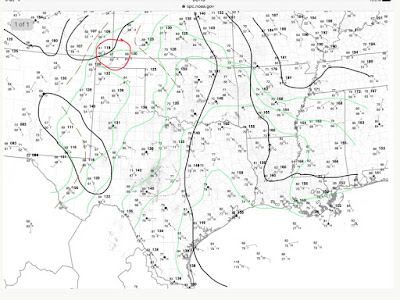 Posted by Paul Knightley at 16:16 No comments:

Paul Knightley
United Kingdom
UK based meteorologist and storm chaser. Prone to occasional rants about almost any subject. Posts contain my own opinions and not those of my employer.